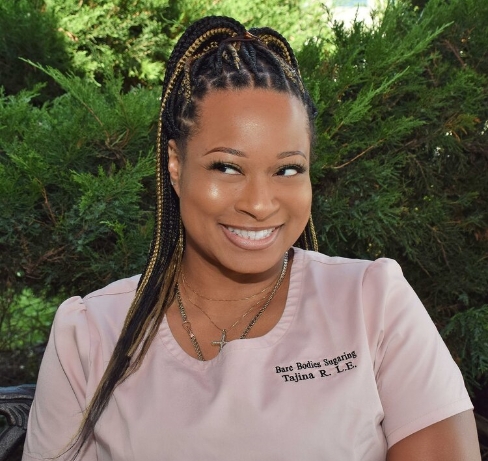 Established in 2015, Bare Bodies started as a small waxing studio from a rented room in the basement of a hair salon. After moving twice, Bare Bodies has proudly established itself at its newest location in Valley Stream.

After leaving the banking industry, Tajina decided to pursue her passion in skincare and became a licensed esthetician. Hair removal became an obsession for Tajina, as she found sugaring especially helped those with troubled skin. Tajina’s obsession soon became her career and she has never looked back. She has also taken the extra step and is currently a licensed educator in all the forms of hair removal with a speciality in sugaring and the histology. She is the proud owner of Bare Bodies and is excited to share her love and knowledge of sugaring with others.

Sugaring is an Art! Not to be mistaken for a job. I eat, sleep, and breath my passion.” — Tajina R.